Most of your daily activity is managed by an exchange of information that happens at a level below conscious awareness. Every second there are an estimated 400 million impulses of information processed by your body that you are not aware of. The 70 trillion cells that make up your body are built for communicating this information. The outer cell wall is comprised of two layers of fat, called the bi-lipid layer. These molecules are organized in a crystalline pattern that facilitates communication. As the cells compress and expand, their structure generates the energy needed to pass information along, allowing your entire body to function in a coordinated and healthy way. Using the hand cradle, ZYTO technology eavesdrops on this energetic cellular communication. We do this by monitoring the electrical changes in Galvanic Skin Response or GSR, the same technology used for over a century in equipment such as the polygraph test. Much like the polygraph; ZYTO technology sends stimuli to the body and measures the response. We do this by converting computer data representative of different items such as foods or nutritional supplements into what are called virtual stressors. We then output these to the body and measure and rank your body’s response. Using proprietary algorithms the technology is able to determine the body’s degree of positive or negative response for each item being assessed. This information is extremely valuable, for example, in letting you know how your body is prioritizing different nutritional supplement or food choices. ZYTO technology revolutionizes the way we make decisions by allowing us to communicate with and extract information from our bodies.

Tens of thousands of clients in hundreds of clinics worldwide have experienced extraordinary results when using the information gathered from ZYTO technology. One of the most common questions that arises as people are getting to know the technology and how it works, is why the actual data from the scans changes from one assessment to another. In other words, why isn’t the data reproducible? As a matter of fact, because of what we are measuring we don’t expect reproducibility. ZYTO technology measures the most rapidly changing field in the body, the energetic field which processes 400 million impulses of information per second. When you perform assessments on individuals it is much like dipping a cup in a very large and fast moving river. You can use the same size cup and pull liquid from the same place, however, each consecutive dip is not going to contain the same water.

In Quantum Physics this is referred to as Quantum Indeterminacy. Essentially it means that by asking a question you actually change the subject itself so that when asking the same question again the subject will not give the same response. It’s similar to sitting in a quiet room and hearing a sudden loud noise, you’ll jump. However, if one minute later the same noise is repeated, your response will be quite different. The first stimulus changed you and therefore changed your response to the second identical stimulus. These examples teach us that the first result is always the best. It is the result that occurred before the subject was changed by the question, therefore it is the most raw response. 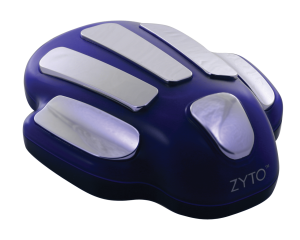 WHAT TO KNOW BEFORE YOU COME IN: